Is Safari the new IE?

It’s been a few months since Microsoft announced the demise of Internet Explorer. Imagine a world, where this picture fill you with nostalgia instead of hate: 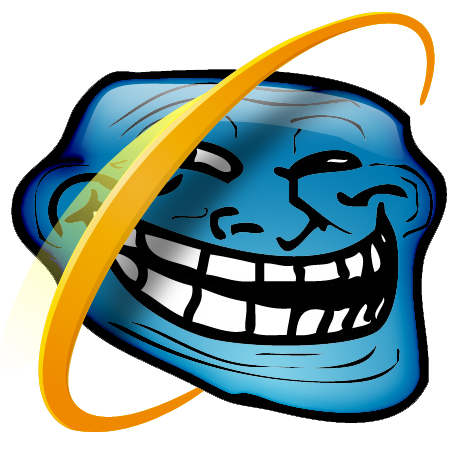 But is Safari picking up where Internet Explorer left off? The answer is a little complicated — Yes and No

Safari isn’t remotely like IE 5-8. Safari is fast, efficient, and it’s been getting more stable. It mostly follows web standards and doesn’t shove in too many proprietary features into. We’re far from the ActiveX monster that was Internet Explorer.

If you look at Internet Explorer 9 - 11, Safari seems to be following in it’s footsteps. It’s standards compliant, but it’s way behind the competition. Features that have been implemented in all other browsers is nowhere on the horizon for Safari — WebRTC, getUserMedia, Web Components, Shadow DOM, the list goes on.

At the same time, Safari does have some features that while open standards are almost proprietary — HTTP Live Streaming is the biggest example of that. Why do you think you need Safari to watch WWDC live streams?

But this is far from the ActiveX store of old IE. Apple just seems to have very different priorities than the other browsers. Google and Mozilla, both have a lot riding on the success of the web. So both the companies’ decisions are riding on the priorities of developers. Apple, doesn’t really care about web developers. They prioritize the features that they want. This leads us to a world where Safari has lots of features that all other browsers do. But this is also a world where Safari is often the first to implement some features.

The sad part of all this is that cumulatively, Apple is behind. I don’t want to blame the people who work on WebKit. They are doing an amazing job. Some of the features they’ve introduced, such as type inference for Javascript debugging is amazing. The performance of JSCore and the energy efficiency of Safari is nothing to shake a stick at.

But Apple simply isn’t moving fast enough. Now that the web standards are starting to move faster, Apple needs to increase the velocity of development on Safari and WebKit. And, they need to focus on the features developers actually want.

Case in point, Safari 9 has a bunch of new ES2015 (ES6) features in it. But the features that people care about the most, generators and arrow functions, are nowhere to be found.

If you’re a developer reading this, please head to webkit.org and try and bug someone to focus on features that you care about.

Apple doesn’t seem to listen to anyone, but, unless we want another IE situation we need to make some noise. And since the iPhone will never support any browser other than Safari, this situation could be worse than the IE situation.

Going semi-colon-less. OR why I’m considering the NPM Style Guide.

The semi-colons in Javascript debate is probably decades old. (Which is quite a lot considering that the language itself is less that 2 decades old) Most javascript developers are taught to always use semi-colons. The ASI in javascript... Continue →